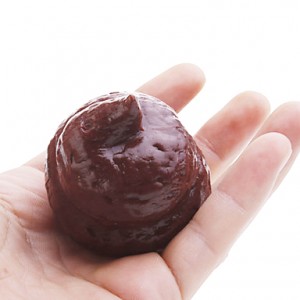 No really, I mean it.

Now it has to be said that I’m quite fond of poo and have a very close relationship with it. It’s a subject that’s very close to my heart and never very far from my bottom. For various reasons (not least of which is a certain amount of laziness on my part) I don’t use the toilet and therefore wear nappies – but if it was good enough for Neil Armstrong I don’t think that’s anything to be ashamed of.

A dirty nappy is hardly a pleasant task for a parent to deal with when it’s on a newborn baby, but let me assure you when it’s produced by a 14-year old boy it’s a whole new experience.

Just take a moment to try and imagine it. Not pretty is it?

Nature dictates that I produce around three of these per day and there’s no way I’m going to clean them up myself. Well, would you? That’s what parents were created for; I think it’s their moral duty. I can’t help feeling a little sorry for them, but hey, c’est la vie.

I have less sympathy for school assistants and care workers who are contractually obliged to roll their sleeves up and get down and dirty with it; at least they’re being paid for the job and quite frankly it’s their own fault for not reading the small print in their employment contracts more closely. They won’t be making that mistake again.

Anyway, on to the nitty gritty. My poo comes in just about every consistency you can imagine, from something similar to modelling clay all the way down to a warm brown liquid not unlike hot chocolate. If it is a little on the runny side and I put in a lot of effort I can sometimes get the thing to overflow and run down my legs, which is an absolute sensory delight.

As for the smell, there are occasions when it’s so bad that people are barely able to be in the same room as me and those that try and brave it out start gasping for breath. At the opposite end of the scale it can be almost completely odourless which can be a problem if no one notices for a while – makes it very difficult to walk.

Although I don’t take part in the actual cleaning process, that doesn’t mean I have an aversion to the product. Quite the opposite in fact and I like to take every opportunity to get involved at some point and see exactly what I’ve managed to produce. These days it takes two people to handle a changing session and if one of them isn’t paying attention I can easily grab a handful and study the texture. If you’ve never let your own excrement (or anyone else’s for that matter) squeeze through your fingers it’s an experience not to be missed.

In fact I like to grab every opportunity with both hands: many barriers have been put in my way from mesh over-pants, tight belts, long vests with poppers between the legs and all-in-one outfits… but puh-lease… do they really think these will stop a boy on a mission? If I want a handful of poo I’m going to get a handful of poo no matter what. Nappies are surprisingly flimsy when you start tearing at them and they can easily be shredded in under 10 seconds. And once you’re in there you can really go to work; I’ve used the contents to re-decorate my room on a couple of occasions.

And it’s not just my poo that I’m a fan of; I like to study it in all its forms. Cat poo is surprisingly unsatisfactory: small and stiff and curly. I regularly try samples that are studded in cat litter but I can’t say I’d really recommend it. Dog poo comes in a much wider variety of shapes, sizes and textures and the local park can be particularly rewarding source. Most of the time I’m kept well away from any unpleasantness but there are plenty of opportunities when people are chatting or occupied with some toddler I’ve just sent sprawling. If there’s a good-sized doggy doo-doo on the ground I’ll always pick it up and examine it. They’re generally very squishy, especially if still warm, and if you press one firmly between both hands it squidges through the fingers in a very satisfying way. The smell is very different to anything I can produce and I like to push it right up to my nose for a really good sniff.

But that’s only half the fun as the clean-up at this point can be a hilarious game: whoever’s with me can’t leave me like that but doesn’t want to come near me. Quite a dilemma for them. Eventually they’re faced with the reality of having to dive in with whatever inadequate cleaning materials they’ve brought along: despite my well-documented history of this kind of behaviour you’d be surprised how ill-equipped people still are for the task so little bits of tissue, leaves, newspapers and whatever else comes to hand are all employed. For bonus points I can usually smear a good quantity on their clothes and if I’m really lucky, their hair. On a couple of occasions things have gone really well with one or two passing strangers being drafted-in to help. There are few things in life more satisfying than smearing a Good Samaritan with excrement.

Of course I always save the best bit till last: taste-wise doggie poo is a lot nicer than you’d expect… not exactly chocolatey… it’s difficult to describe without a common frame of reference so I recommend you try it at the earliest opportunity.