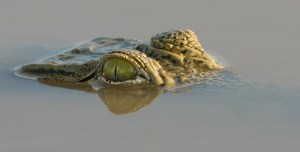 There are, apparently, lots of songs in the world.

I’ve heard there might be as many as twenty or more but I think that’s probably just wild exaggeration. I hear most of my music from primary coloured plastic toys and, quite frankly, it all sounds exactly the same: sort of jolly and tinny with electronic whistles and bells and squeaks. Sometimes real musicians come into my school to entertain everyone; they try to get us to join in but it’s mostly on maracas and drums and triangles so it’s difficult to make out if the tunes really are all supposed to be the same or it just sounds that way.

The other place I hear music is in the car and this falls into two main types: Smiley likes listening to soppy-plinky-plonky pianos and stuff while Curly Top mostly wants to listen to the sounds of people shouting at each other. Actually now I come to think about it there’s a third type of sound that comes out of some bits of white string that Flower Girl likes to stick in her ears, but that’s very quiet; I don’t know whether it counts as music, it sounds more like an angry insect and it makes her head wobble up and down.

Anyway, my point is that there’s really only one decent song in the world so I don’t know why anybody bothers listening to anything else. It is of course Row Row, and once you’ve heard it you realise there’s no point in exploring any further. I’ve been listening to Row Row for the past… well, I don’t exactly know how many years… all of them I think. And I can honestly say that, in all that time, nothing else has come close to matching it.

Even better is the fact that you don’t actually have to listen to it on the radio or on a pie-pod or whatever it is because it’s even more fun to sing it yourself and it can be performed almost anywhere. Obviously I don’t do the actual singing part myself, so whenever I’m in the mood for a quick sing-song I just grab anyone who happens to be passing, pull them down onto the floor, take hold of both their arms and swing my body back and forth with as much enthusiasm as possible. This has become a lot easier in recent years as I’ve grown a bit bigger, and nowadays there aren’t many occasions where I can’t persuade people of any size to give it a go. Once on the floor and with their body swinging back and forth a few times I like to give a really strong, sudden pull on their arms and see if I can get my back all the way to the floor. This usually makes the other person look really surprised and make a little gasping noise, but they soon get the idea of what I want and start singing almost immediately. I haven’t yet met anyone who doesn’t know the words, which just goes to show how much everyone enjoys it. And speaking of the words, I don’t think lyrics can be much more meaningful, exciting or as moving as those in Row Row. Just listen to this:

Row, Row, Row Your Boat, Gently Down the Stream…

Isn’t that beautiful? It conjures up such a calming, peaceful image of a warm summer’s day. If you’re really lucky and there’s more than one person singing they sometimes start doing this overlapping voicey thing, which is brilliant… even if it does make my head go a bit funny.

I’m not absolutely sure if life is a dream or not but I’m prepared to overlook that one because all the ‘merrily’ bits sound so nice.

Rock, Rock, Rock Your Boat, Gently Down The Stream…

Ok, I’ll admit we start running into some problems at this point because everyone seems to have a different version of the words. But hey, I’m all for that; it’s one of the beauties of Row Row – it encourages people’s creativity and it hardly ever comes out the same way twice. This ‘Rock Rock’ bit is the version Smiley sings and he starts swinging his body side to side, which is an absolutely brilliant twist. You’d think I’d see it coming after all these years, but nope, catches me out every time.

If You See A Crocodile, Don’t Forget To Scream… ARRGHHH!

Some people start going on about mice squeaking and others start yapping about lion’s roaring. I don’t mind a bit, as long as they end on the crocodile and throwing their arms in the air with a terrified scream. Adds a real air of menace to the piece to undercut the cloying sweetness.

And that’s it. Well, obviously you don’t just do it once. Twenty or thirty times is usually enough for most people but if you can get them to go on for longer there’s no limit to the number of times you can repeat it.

Unless – of course – it’s close to teatime or Bathtime.

One thought on “Row Row”