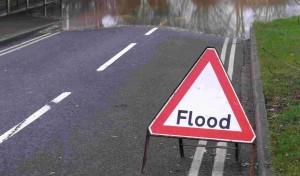 I can’t believe it’s taken me so long to get around to this subject as it’s my favourite time of the day. You can keep your walk-in showers – as far as I’m concerned nothing beats wallowing in a nice warm tub of water.

So what exactly happens in my bath? Some people like to play with rubber ducks, or boats or submarines but they’re not for me. Sometimes I like to chew on the tail of a large rubber dinosaur and just chill, but mostly I think it’s much more fun to play with the taps: turning them on and off, on and off. Actually I don’t usually have to turn them off because there’s always someone there to do it for me. I’ve heard other people have their baths on their own, which must be terribly lonely for them. I’ve always had an audience for mine and, on the whole, I enjoy the company as long as they don’t try to spoil the fun.

For some reason my turning on the taps seems to make people grumpy, so you’d think they’d cheer up when I switch my attention to pulling out the plug – but no, it just seems to make their mood worse. And then they turn on the taps even though they’ve just told me not to do it. Some people are never satisfied.

Then there’s the question of bubbles. I used to have a lot of bubbly baths, which was brilliant if you wanted to put your head in the water and pretend to have a big white beard and bubbly hair (trust me, this joke never gets old). But then they said I was eating too many of the bubbles so they stopped putting it in.

Sometimes I’m in the mood for a good old splash and there are a lots of different methods I can recommend. At the bottom end of the scale there’s the simple hand-slapping-the-water method. That’s ok for starters, but it’s tiring after a while and quite honestly there are more effective ways of redistributing water. To move the game on a bit you can reach over the side – causing quite a slosh in itself – and pull in a towel or two. Then you can throw the towels out again. This has the added benefit of keeping people busy for a few minutes so that you can go back to turning the taps on to keep the water level topped up. But if you’re really going for the full ‘Perfect Storm’ effect you need to slide your body forwards and backwards along the bottom. If you get up enough speed you can cause a double Tsunami which will have people running in all directions. Ah, you should see the joyful expressions on their faces.

But some nights I just like to wallow. Wallowing in a nice warm bath at the end of a tiring day is as good as life gets as far as I’m concerned. I lie on one side with half my face in the water so that whenever I fancy a drink I just have a quick slurp. In fact the bath is where I do the majority of my day’s drinking. I’ve never really mastered the art of the cup and having a syringe full of water squirted into your mouth isn’t the most pleasant way to take a drink so a few gulps of warm, soapy water usually hits the spot quite nicely.

Of course all that drinking can bring on problems of its own; after all, any water that goes in has to come out at some point. But the way I look at it, you’re sitting in water anyway so what difference does a little more make? Especially if I’ve been in there a while and it needs warming up. Ok, so it goes a little yellow and Curly Top has now refused to share my water afterwards, but I think that’s his loss. Smiley and co. used to try to catch my outpourings in a plastic cup but after a few futile attempts and some very wet hands they’ve given up. That reminds me, Flower Girl only recently found out what the plastic cup in the bathroom was for; turns out she’d been using it to drink from when she came in late.

I was going to tell you about hair washing… but quite frankly it’s too distressing. I really must remember to speak to the social worker about this.

Anyway, all good things must come to an end and eventually they pull the plug on me. But I’m sure you didn’t expect me to be beaten so easily; a quick press of the thigh and I can keep the water in for at least another ten minutes, and there’s no way I’ll ever get out of a perfectly good bath while there’s even the tiniest drop of water left.

Perhaps you think I would have to admit defeat when faced with an empty tub? Pah! Even without water I’d quite happily stay in the bath all night if they’d let me have a duvet. But no, the boring traditionalists insist on me getting out. Still, I don’t see why I should make this easy for them so I don’t give up until there are at least two people to haul me out and wrap me in a towel. Body drying I can just about tolerate but I firmly believe there are no circumstances under which you should ever let anyone rub your hair. And since the bath has finished I can’t usually be bothered to stand up at this point but there are always some of my staff around to support my weight.

Dressing? Well personally I probably wouldn’t bother but as I have lots of people to perform this service for me it would seem a pity to disappoint them.

And that’s it. Nice and relaxed and settled for the evening so I go and lie on my bed where all my favourite toys have somehow magically scattered themselves within a convenient arm stretch.

But as soon as I’m on the bed I always have the terrible thought that I might be missing out on something that I’ll need during the night, so I leap out and charge downstairs to check. It’s always worth popping a head into the bathroom on the way as there’s sometimes another bath running, and if there’s no-one about I can jump in for another splash. Usually I bump into Smiley at this point. He likes to spend this part of his evening mucking about with armfuls of wet towels.

He does have some funny habits.