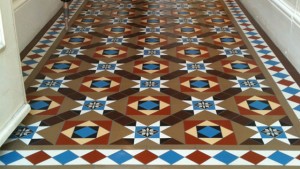 I had an unconventional birth.

Woah, hang on… confusion alert. Didn’t we already talk about all the usual gory, sticky, yucky, pushing and heaving stuff? http://www.boybiteshorse.co.uk/groovy-baby/          Well yes, you’re right. Clever you for paying attention (I never do). But this was different.

The way I remember it I was around 18 months old and sitting on the hall floor. We used to live in this big old house which had a floor with very big black and white and orange and blue triangle patterns all over it. I really liked this floor. I would sit and stare at it and sometimes I would crawl around in circles and look at it for ages, and it made my head spin in swirly shapes.

But we need to go back a bit.

We’d just arrived home from one of our visits to see another of those really old guys in a white coat. He’d talked and talked to Smiley and Frowny in a really serious voice. Now most of this is just blah, blah, blah to me, but it was something about ‘syndromes’ and ‘never being able to do this or that’. It was difficult to pay attention because he had some awesomely cool stuff on his desk: colourful rubber tubes and shiny chrome and plastic bones and stuff, so I spent my time trying to wriggle out of Smiley’s arms in an attempt to reach it all.

Anyway, white coat guy had done all his serious talky-talk and he must have upset Frowny in some way because she’d given me this really big hug when she was putting me in my car seat, then she was really sad and hardly said a word all the way home. And normally her face isn’t frowny all the time, but this time it was.

When we arrived home Frowny went straight into the kitchen to carry on being sad, but Smiley seemed ok, and he put me down on this big old hall floor and sat in front of me.

And that’s when it happened.

Smiley started talking to me – just as he always did – but for the first time I understood exactly what he was saying and what was going on and who I was and what the name of the funny, fluffy, purring thing was and all sorts of other crazy stuff. I’m telling you, my head nearly exploded with everything rushing in at once.

And I was able to answer back which was properly cool because I’d never had a voice before and now I found I could talk to Smiley even when I wasn’t looking at him or when I hadn’t heard the question, so I could have a conversation with him while I was getting on with actually-really-very-important-other-stuff. At first I didn’t have much to say for myself but soon I was jabbering away and telling him about all kinds of things. Frowny came out of the kitchen and she could hear me too and she smiled for the first time in ages.

But the coolest part of all was that I found I didn’t need to bother with using the actual words.

Told you it was confusing.