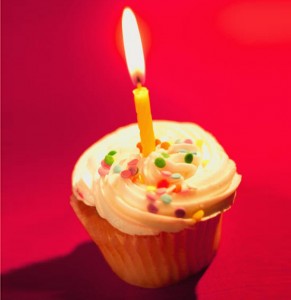 Smiley has lots of little hobbies.

A less charitable word for his ‘hobbies’ would be procrastination; mostly they’re a way of distracting him from the tedious task of making money to pay the bills – in fact he has so many little interests that it’s a wonder he gets any work done at all.

Anyway, one of his little hobbies is collecting quotes. I can’t understand how quotes work: apparently when you don’t have anything clever to say on a subject, instead of just shutting up, you say something that someone else has already said… is that right?

Well a favourite that he likes to trot out with tedious frequency is: “How old would you be if you didn’t know how old you were?” (I don’t who originally said it but even if I did I wouldn’t tell you because that would make me as dull as him).

But I do like the quote. And it brings me to a question I often ask myself: How old am I?

Would you believe me if I told you I have no idea? I’ve had lots of birthdays but I get distracted every time the cake arrives and forget to notice the number on it. A couple of years ago someone said I was a ‘teenager’ and that I should be getting up really late in the morning, but that can’t be right because I’m hardly ever tired. In fact I often like to get up at around 3am.

I had a test a couple of years ago and they said I had a mental age of around 8 months. Cheek! Anyway that can’t be right either because I sat on an 8 month old baby once and it was rubbish, couldn’t even kick the cat.

Having said that I will admit to having a childish passion for baby toys: y’know, primary coloured plastic, rattles, crinkly books and things that light up or play music… all very cool. The only trouble with baby toys is that they’re really fragile: you throw them down the stairs once or put them in the bath and they’re finished. Still, I can’t imagine anyone not being entertained for hours by these but my cousins (who are around the same height as me) are all too busy playing on their X-station-boxes which, as far as I can tell, involves controlling the TV with your thumbs. What’s that all about?

I’m much taller than Curly Top and he tells everyone he’s seven and three quarters. Flower Girl flops around too much for me to get an accurate idea of her height but I’m currently about the same size as Frowny and gaining fast on Smiley… so am I as old as them? I hope not, they’re ancient and wrinkly.

I heard Smiley’s sister saying that her dog ages around seven years for every human year. If I were to apply that sort of maths to myself, well, my head would probably explode.

Hmm. This is trickier than I thought: it seems I’m somewhere between 8 months and ancient.

But the real point is – I don’t care.

One thought on “How old would you be…”