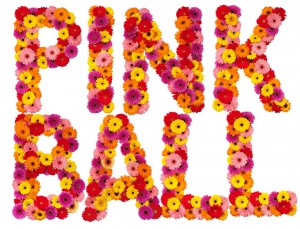 I had a pink ball.

It was my favourite thing in the world, and now it’s gone.

Well, not gone exactly but it’s all kind of cracked and broken and has a big hole in it that I can stick my thumb in. It doesn’t bounce down the stairs like it used to, it doesn’t roll properly and when I drop it on the wooden floor it doesn’t make the nice clickety-click noise any more.

I can’t understand it. Pink Ball is nearly as old as I am, which is… ok, I don’t know exactly how old that is but I’ve had it since I was a baby and it’s always been there for me. Well, not always, sometimes it would disappear for months behind a cupboard or under the sofa, but that’s not the point: Pink Ball has always come back.

Of course they’ve tried to fob me off with pale imitations: other TOMY balls that are just the wrong shades of pink, orange or purple. Yes they can do all the things Pink Ball used to do but for some reason they’re just not the same.

I have other toys: crinkly books and musical light-up things and teddies whose fur I like pulling out with my teeth, but they’re just a passing phase. Pink ball was The One. My soul mate.

I still have Pink Ball and I pick it up from time to time in the hope that it’ll be its old, fully rounded self but somehow I don’t think it’s going to happen.

But never say never – if there’s one constant in the universe it’s this:

One thought on “Pink Ball, RIP”