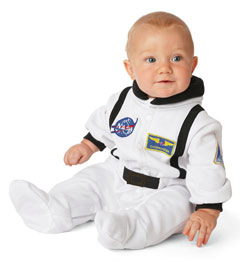 Even at the age of 5 months I knew I was on to a pretty cushy thing.

The early merry-go-round of heartburn, indigestion, crying and vomiting had eased… ok I was still vomiting but at least I’d now got it to the level where I could make it entertaining (for me at least) and was able to eat enough to gain on the weight loss. I was now on a regime of constant attention, sleep, an all-you-can-eat buffet and best of all the hippy-trippy delights of phenobarbitone, which I can’t recommend highly enough.

In fact the hospital was allowing me to experiment with a number of drugs at this age, but to ensure they kept supplying me with the really good stuff I still had to make an fair old effort to ensure that my behaviour gave them good reasons to continue with the weekly visits, until one of the doctors declared I did not have Cerebral Palsy.

Now nobody had thought to mention to me that I might have Cerebral Palsy… honestly, doctors do tend to spring things on you at a moment’s notice, but if they were going to start listing all the things I didn’t have I suspected this was going to take a while. He then thought he’d have a crack at narrowing it down by diagnosing “Global Developmental Delay” which sounds like a hiccup at NASA but is actually Doctor-speak for “We haven’t a clue what’s wrong with your child and don’t really want to spend lots of money on expensive tests in finding out if we don’t have to.” And they go to medical school for this?

Now if it had been up to me I would have been quite happy to let it rest there. But not Frowny. Oh no. She was determined to get to the bottom of it.

Frowny likes to watch lots of medical dramas and has always harboured a not-particularly-secret desire to be a doctor, so she didn’t appreciate it when ‘real’ doctors poked and prodded me as if I were some kind of science experiment and chatted between themselves as if she wasn’t there. I was probably around 7 months when one of the consultants – a refreshingly un-PC-old-school doctor – held me up naked, passed me between his colleagues like a game of pass-the-parcel and had a muttered conversation, during which Frowny was able to make out the comment “Doesn’t seem to recognise his mother”. I don’t know who she was more miffed with: the doctors for ignoring her or me after having putting in all the effort for so long.

Strictly speaking the doctor’s comment wasn’t accurate: I did recognize her, I just feel the way babies make a huge fuss every time their mother walks in the room is deeply uncool… makes them look really needy. As I think I’ve mentioned before, I find all this ‘bonding’ malarkey very over-rated. For instance I’d also started seeing this rather attractive physiotherapist at home who was every bit as nice as Frowny and had been making a real effort to play all the games I liked. Sadly the relationship only lasted a few months as she became a bit demanding and began to treat me like a dog with all her requests for rolling over or sitting up, so eventually I had to end it and just ignored her.

She got fed up with this so referred us to a support group in one of the hospital units for a coffee morning. Frowny took me along but found it all a bit perplexing as it was full of children who were, well I think the modern phrase is ‘Differently Abled’. Apart from the ‘Global-NASA’ thingy nobody had said there was anything wrong with me, in fact they’d been more keen to say what wasn’t wrong with me, so she was a bit surprised to be included in the group. I thought they were pretty groovy and picked up several tips on ways I could make my behaviour even more demanding.

But this modern, polite jargon wasn’t for our old and gloriously-un-PC-doctor friend.. soon after he declared me “Definitely Mentally Handicapped” and that we would “probably never know why”. Despite his candour he obviously felt he ought to go through the motions for appearances sake and ordered an MRI-scan and blood tests. Result! I wasn’t at all bothered by his blunt talk – sticks and stones as far as I was concerned – I was just pleased that I wouldn’t have to make so much effort to assure the phenobarbitone supply.

Unfortunately Frowny isn’t as thick-skinned as me and doesn’t take bad news quite so well. Although she’d always suspected as much, she was still distraught at the guy’s throwaway delivery and glib attitude. To make matters worse Smiley was working that day and hadn’t come with us to the appointment, so she ended up wandering round the supermarket in a bit of a daze before going to the nursery school to pick up Flower Girl.

One of the other mothers noticed she looked a bit shell-shocked and questioned her about it. Frowny blubbed out the whole story and the other mother replied: “Well he’s still the same baby, and you’ll love him just as much”.

This was without doubt the most trite, clichéd nonsense I’d heard since I was born.

But for reasons known only to herself it cheered Frowny up no end.