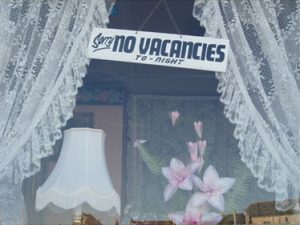 Another Christmas tale for you.

A few years ago when I was just a tiny tot, we used to do the usual young family Christmas thing of travelling up and down the motorway in search of any relatives who were willing to dish out some free food. Frowny has a very large family whose main goal in life is to feed visitors until they can no longer walk – my kind of people. Not only that, but because she has lots of brothers and sisters we were able to move from house to house until we were in genuine danger of bursting. Of course, this was during my early years when I could only reach breakable lamps and ornaments at fairly low heights, which meant that people were still finding it economically viable to receive a visit, and this was a time when Smiley could still afford to pay for the breakages.

Anyway, after a few days of making merry with the Frowny flock we’d usually move on to Smiley’s family – a much smaller group but no less lavish on the catering front. In fact Grandma Smiley had a particularly admirable habit: when faced with a choice of desserts that she could offer her guests, she would serve them all up simultaneously, often in the same bowl. What’s not to like?

And her generosity didn’t stop with food, it extended to lavish displays of present-giving too. This was a person who genuinely felt far more pleasure in the giving of gifts than the receiving and, since Flower Girl is a few years older than me, she’d already benefitted from the ‘spoilt rotten’ treatment for several Christmases before I arrived.

But when I reached the age of four something odd happened. Granddad Smiley had died the year before and since Grandma was on her own we’d been invited to spend two or three days to keep her company. We arrived in the afternoon, unloaded the car, assembled the bedding and unpacked. Grandma had prepared an empty and ‘breakables-free’ room for me to sleep in (spoilsport), which must have taken her ages because if there’s one thing I remember about Grandma Smiley, she had lots and lots and lots of stuff.

I’d recently got the hang of walking and, naturally, I was keen to show off my new skills. So I trotted off on my customary exploration of every single room in the house. I always regard this as a very important task so I was up and down the stairs and in and out of every room, again and again for about an hour or more. Unfortunately I’d just begun to suffer from what Frowny calls ‘drop attacks’; for those that don’t know, these are little mini-fits where you fall unconscious while you’re in the middle of something, fall over, usually bang your head, then come back to life almost immediately. Sometimes I’d have them every 5 minutes, which was a bit of a nuisance, particularly when I was trying to get up and down the stairs. But 8 times out of 10 I usually found there was someone there to catch me and set me on the right path again.

Anyway, we had arrived, unpacked, I explored, Grandma fed us and then I had a very splashy bath and went to bed. And the following morning an odd thing happened. Grandma asked if we would mind leaving early. Smiley was a bit taken aback, but had learnt from an early age not to bother questioning Grandma’s statements or requests; it saved everyone a lot of time in reaching an inevitable outcome. So he agreed and told her that they could leave after lunch.

“No, I mean right now,” came the firm reply.

There was no explanation, so Smiley spent the next hour disassembling the bedding, re-packing the bags and re-loading the car. Frowny was too shocked to be upset but never really got over it.

Whatever the problem was it must have been serious because I never went to her house again. I still saw her from time to time at our house over the next few years, but only for very short visits, and she died a few years later.

It’s a pity because I really liked her.